There is still £1.3 billion worth of potential savings available to businesses with Office Premises.

Businesses in based in offices, of which there are a great many, are bracing themselves for the arrival of this year’s business rates bills, as they closely follow the ‘quarter day’ for the payment of their rent. The pain of the massive 5.7% rates rise in 2012 has been made worse by this year’s additional 2.6% top up. There seems to be no relief for businesses and forecasts show it is not likely to improve.

Despite the government expecting that the economy will grow over the next three years, the Bank of England’s latest quarterly inflation report said that inflation would most likely be above its 2% target until early 2016. As inflation dictates the RPI, which directly affects business rates, it is fair to say that businesses can expect a rise in their rates bills year on year for the foreseeable future according to Don Baker, Chairman of Rating at CVS, the business rates specialist.

“We are also expecting the government to change the business rates revaluation date to 2017. A delayed revaluation and a year on year rates rise of at least 2% will be an intolerable pressure on businesses. Businesses will have to continue managing increasing overheads including rates which are based on inflated 2008 rent levels in comparison to current rental levels in some areas and sectors. It is an issue that must be addressed with a rates freeze at the very least for the short term.

The combination of rent and rates bills following what, for many businesses has been a tough start to the year, threatens the viability of firms across the country, according to CVS, especially SMEs and independent operators.

Occupiers of offices can appeal to reduce their assessment and therefore their rates bills but the appeal process is taking at least 12 to 18 months to produce a conclusion due to the cumbersome and bureaucratic processes at the Valuation Office. CVS have found that approximately 50% of their appeals result in a reduction to the rates bill.

CVS figures show there is approximately a £1.8bn burden placed on UK businesses due to the backlog of 240,000 appeals currently stuck in the slow and bureaucratic appeals process. Overpayments made by businesses must be returned faster to make a real difference. In the meantime, CVS has saved businesses with office premises over £54 million. A business rates appeal is currently the best available solution to establishing the accuracy of your rates outgoings even though the government needs to find a solution to the backlog of appeals.  Despite this, there is still £1.3 billion of potential savings available to businesses with office premise.

Don Baker said: “The simple truth is that businesses are hurting. Any rise in business rates will drive more businesses to the wall. If we are serious about growing the economy then this constant pressure from rising outgoings on businesses must be addressed sooner rather than later.

“We are urging the Government to address the failings of the business rates system and to put itself squarely on the side of business.  A rate rise freeze would help but more fundamental is improving the rates payment and appeals process so that occupiers can recover the money owed to them via a transparent, fast and effective appeal system if they are being over-charged.” 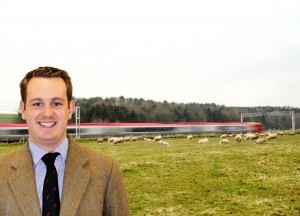 In 2022, despite unstable markets, SeABank (stock code: SSB) achieved stable growth, exceeding its profit-before-tax target of US$216.16 million and...

Shell, the largest oil and gas company in Europe, reported a record annual profit of $39.9 billion for 2022, exceeding...

OANDA, a leading online multi-asset trading and currency data provider, has once again earned top broker rankings in this year's...

Eventus, a leading global provider of multi-asset class trade surveillance and market risk solutions, has announced the introduction of Validus...

The German economy has faced challenges due to global inflation, the Ukraine conflict, and an energy crisis. However, German companies...

Oil prices have taken a dive as the likelihood of the Organisation of the Petroleum Exporting Countries (OPEC) and its...